In it’s first year in 2012 Donal joined the Crossrugbylegends cycle on a stage from Molls Gap to Killarney and then led the group into his home town of Tralee. In his honour The Legends asked the following year if they could dedicate a stage to Donal’s memory. It was decided that a stage would be run from Tralee RFC to Moll’s Gap as part of the Malin to Mizen CrossRugbyLegends Cycle and this stage would be led out by Donal’s Dad, Fionnbar. Now an annual event, you too can join in the cycle! Details of this event which is taking place on September 2015 can be found on Crossdonalsmountain. Registration for this event is €100.00 with each participant getting a specially designed Cycle Jersey with Donal’s signature.

This year you have only one stage option:

On top of this in 2015, Fionnbar commented that he would do the complete Mizen to Malin with the Legends. View some of the 2013 event highlights click on the picture below: 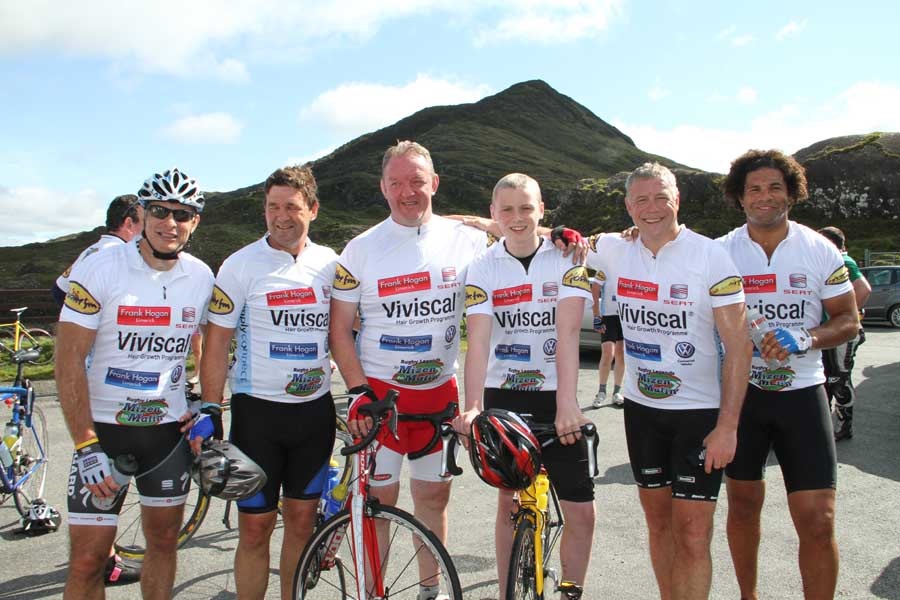