Donal Walsh, the Kerry teenager who touched so many lives when he came to prominence through his writings and subsequent appearance on Brendan O’Connor’s ‘The Saturday Night Show’. Donal who fund raised tirelessly while battling Cancer has now had the Donal Walsh #Livelife Foundation set up by his family primarily in order to promote his anti-suicide #Livelife message.

The foundation will also assist in his other causes of providing age appropriate teenage facilities in hospital and hospice care centers.

Donal Walsh was born and raised in Kerry, went to primary school in The Spa, Tralee, continued his secondary school in CBS The Green, Tralee, played GAA Football with Kerin’s O’Rahilly’s and Rugby with Tralee RFC. A passionate player who won a county medal at U12 Football, a determined youngster who craved perfection in all he tried. 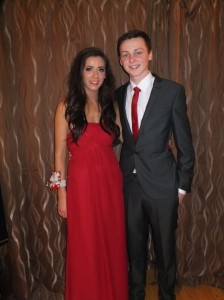 At 12 years of age Donal was diagnosed with Osteo Sarcoma (Bone Cancer) in his tibia and after an operation to give him a prosthetic knee and nine months of chemotherapy Donal came back to the playing field not as a trainer but as a coach to his peers. They respected him as the fitness coach because they knew that whatever he asked of them was only the minimum he had asked of himself to learn to walk again in six weeks. They saw Donal for the man he was and played their games for the hero they saw.

In February 2102 the Cancer returned, this time to his lung and Donal had again to go under the knife to have half of his lung removed and endured another round of chemotherapy treatment until June. This time, in order to increase his lung capacity, for rehabilitation he took up cycling and reached regular trips of up to 60k. Donal joined the crossrugbylegends on their inaugural cycle in September that year from Moll’s Gap to Killarney and led the tour into his home town of Tralee to a rousing reception from family and friends.

In October 2012 Donal was diagnosed for the third, and ultimately final, time with tumours in five places and a further number of lesions. This was to be his biggest battle and to see a teenager grow into a man who a nation came to respect. Over the years Donal had raised funds totaling €50,000.00 for St. John’s Cancer Ward in Our Lady’s Hospital for Sick Children, Crumlin and in his final battle this grew to €65,000.00. Donal took to writing in his last months and told his story of his battle with cancer and what it took each time to fight his way back to living life. He also wrote about his anger at Teenage Suicide while he was battling to get as much out of living his life. The third thing he wrote about was him “Climbing God’s Mountains” and how difficult that was but how his faith had allowed him to reach the mountain top and scream from it!

In March 2013 Donal received the Kerry’s Eye/Radio Kerry Local Hero’s Award, one of many head received over the years. What was different about this one was that they came and interviewed him about his essay on his life to date and his fundraising. While there they asked him if he had any other writings and the “Suicide Plea” article came out and was published. As a result of this Donal rose to national and international prominence with an interview on The Saturday Night Show with Brendan O’Connor and a subsequent publishing of his writings in the Sunday Independent .

On May 12 2013 Donal moved on to his final journey and reached “God’s Highest Mountain”.